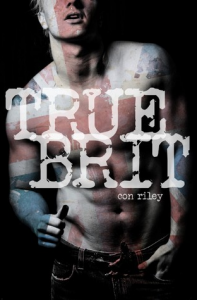 Ed and Pasha never would have crossed paths had it not been for their places on a British singing competition, and as the show progresses and the men realize that the powers that be are orchestrating the voting and getting ready to cast them off, the two men form a tentative plan to stay in the running revolving around a potential romance between them leaked to social media. As the are they or aren't they speculation heats up and those who are running the show feel they are losing control, the two men also have to wonder are they or aren't they and decide what sacrifices they are willing to make in order to win.

There are some well written secondary characters and there is a slow burn as the men first develop a tentative friendship based on their plan. While Ed's character is clearly defined from the start, it takes a while before we really get to know Pasha. Their main competition, Anya, turns out to be a surprising bright spot and ally along with Ed's mom and another old friend from his hometown. So much lighter on the angst and drama than previous Con Riley books, but just as well written and enjoyable.