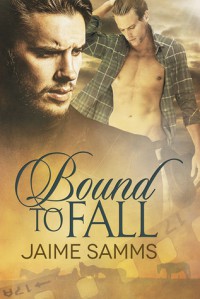 Eddie Crane has been on a downward spiral for the past 10 years. Once a rising star in Hollywood, the death of his co-star and secret lover Cory in a car accident where Eddie was the driver has left him drowning in guilt and regrets. One bad decision follows another, from binging on coke and alcohol to hang gliding and heli-skiing with the hopes that things will go wrong, and he has almost decimated the career he once loved. Arthur Pike is Eddie’s stuntman on his new film and a horse rancher tasked with the job of teaching Eddie how to ride and interact with the horses they will be using. He is also wallowing in unrequited love for his straight best friend Ryan, who now runs the ranch he grew up on and is married to Pike’s cousin. Pike knows Ryan will never be his, and would never do anything to hurt his cousin, but he is unable to move on from Ryan, the ranch or the stigma of a family known for violence and abandonment.

When Eddie arrives on the ranch with his best friend and agent Margaret, he is still coming down from the effects of his latest coke binge, but even that doesn’t stop him from seeing the pain and sadness Pike is feeling and the knowing looks between him and the others on the ranch. Eddie is immediately moved to protect the man. Pike has long had a crush on the actor and knows the public person, but the broken man he gets to know, the one who has panic attacks and shuts down when his public life gets to be too much, is also the one man who sees the need in Pike to give up control in private and the man that Pike imagines can make him submit.

This was a bit of a slow read for me. I enjoyed Eddie and Pike as a couple. The unlikely pair actually fit well with each other, but they are so wrapped up in their pasts and have been unable or unwilling to move forward for so long there were times I wondered how they could really make something together. I liked the play of Pike being the strong one to the outside world and shoring Eddie up then looking to completely surrender in the bedroom. The BDSM aspect is there, but does not overwhelm the story and Eddie’s desire to build trust before giving into everything Pike wants was something nice to see.

There is a lot more going on though and there some scenes where the author told instead of showed while others I felt were repetitive. There are so many dynamics at play outside of the growing relationship between Eddie and Pike, almost all of them based in dysfunction and codependence that sometimes it was almost too much and I felt it slowed the story down. While the main problems of Pike’s feelings for Ryan and Eddie’s for Cory are fully explored, not all of the other issues brought up are well fleshed out, including Pike’s anger issues and Eddie’s previous 10 years of alcohol and drug abuse.

I enjoyed the epilogue and while not all the relationships in this story are completely repaired, there is hope that they will be. I’d recommend this if you enjoy a story that isn’t about getting to the sex, but is about two men really working hard to shed their past mistakes and move forward, even if it means giving up the things they have convinced themselves they never would or could.


Full review originally posted at Sinfully...Addicted to All Male Romance