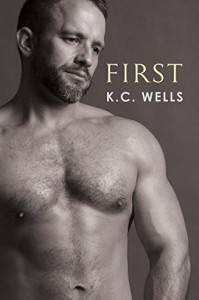 Review originally posted at Sinfully... Addicted to All Male Romance

Nineteen year old Tommy Newsome has just started his second year at the University of Georgia. Raised in a conservative, religious household, he was fairly sheltered on the farm where he grew up and spent the first year of college in his room coping with the culture shock. He has just set foot into his first gay club in Atlanta with his friend and roommate Ben and knows it is not for him. Gathering his courage and his fake ID, he makes his way alone to a nearby gay sports bar. From the moment he enters he can’t take his eyes off of Mike and he soon becomes a regular every weekend at Woofs, watching Mike but afraid to make a move.

On the weekends Mike Scott is a bartender at Woofs, but his other job is as “Scott Masters”, a 20 year veteran gay porn actor. Although Mike enjoys what he does and is still in demand at forty-three, he sees the changes in the industry and the scenes he’s being asked to do and is considering cutting down on the number of scenes he films with an eye to eventual retirement. Mike has taken notice of the handsome young man who comes into Woofs every weekend and watches him as he sips his Cherry Coke and eats his dinner, but it takes a push from the other bartenders, who are tired of watching the two stare at each other, before Mike finally approaches Tommy.

Mike has plenty of experience and is willing to share that with Tommy and help him find his footing as an out gay man. Mike is taken aback when Tommy asks him to be his first but after careful consideration and advice from his friends Mike agrees. As their relationship progresses and Mike realizes he’s serious about Tommy, he struggles with how to tell him about his other job without driving him away. But of course secrets have a way of coming out when and how you least expect it.

As I was reading I kept checking the progress on my Kindle, not because I was hoping I was almost done, but because I was enjoying Tommy and Mike so much I was hoping for more. They make a wonderful couple and while Tommy is the inexperienced one Mike manages to rack up a quite a few firsts of his own.

Tommy is innocent and optimistic, but mature for his age with a strength that you might not expect. What he lacks in experience, he makes up for in determination. His decision to live his life true to himself has unexpected consequences, both good and bad and he meets them all head on. From his judgmental family, to his shock at Mike’s chosen career, Tommy is not a doormat and manages to work through his issues with a surprisingly level head. I loved the way Tommy blossomed and was an unexpected force for Mike to deal with behind the shy, innocent exterior.

I’ve read plenty of books where a character is involved in the porn industry, but very few of them have presented it the way it was here. Mike likes his job and he is good at what he does. He is not forced to do it and it is not a last resort. He has co-workers that he loves and those that make him cringe and the job is as full of politics as any office job. While Mike is very clear that the sex he has at work is just that, acting with no real intimacy, it is sometimes hard for him to see it through another’s eyes. It’s one thing for Tommy to understand it’s just a job, but another thing to be able to accept that the man he loves is having sex with someone else regardless of that knowledge. For all the potential stumbling blocks in their relationship, this is the one that Mike fears will destroy everything as it has in the past, but this time he knows he wouldn’t be able to bear losing Tommy.

There are some entertaining secondary characters helping the guys navigate their relationship. Tommy finds a surrogate family in Ben’s parents and sister who quickly embrace him and are more than willing to chime in on Tommy’s life. As smart and intuitive as Mike is in his professional life, he can use a helping hand with his personal life. Thankfully he has his co-workers Patrick, Kevin and Jack, as well as his amazing mother to offer advice.

First is a completely enjoyable opposites attract romance. The story has a good balance of drama, sex and humor, and a happy ending that will leave you with a big, sappy smile.
Tweet