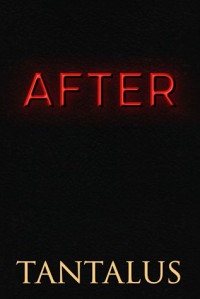 Toppy bear Damon may have been in charge in [b:Summer Heat|25453685|Summer Heat (Damon & Pete Playing with Fire, #1)|Tantalus|https://d.gr-assets.com/books/1435068173s/25453685.jpg|45219049], but now Pete’s got the upper hand and we’re in Damon’s head for the duration. It’s one week after their first encounter, where Pete discovered that he is kinkier than he knew and that Damon doesn’t hold back. Now Pete is ready to turn the tables, having taken full advantage of Damon when the opportunity arose. I don't think Damon ever saw what Pete has in mind coming!

As Damon takes what Pete is dishing out, infuriatingly slowly at times, he is planning his revenge. His mind tells him he doesn’t want to be forced to submit to Pete’s whims, but his body is telling him something else. Fun is fun and Pete is hot, but will Damon do something he rarely does and give in completely?

Revenge is sweet, hot and dirty, and comes served on a bed with restraints. Pete knows what he's doing, knows what he wants and knows what Damon will have in store for him afterwards and I think that's exactly what Pete was counting on. Enjoy the dirty sex and the kinky play for what it is and if you haven't read the first book, know that the seemingly non-con/dub-con situation Damon finds himself in here is all part of the game. For the full impact of the Damon and Pete’s play you should read Summer Heat, but if you just want a bit of quick and dirty to brighten your day jump in right here.