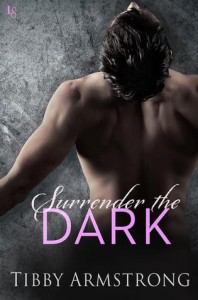 This is a paranormal, sworn enemies to lovers story that puts a bit of a twist on vampire lore, by adding some Greek mythology to their origin story. While the blurb is all about the relationship between Tzadkiel and Benjamin, this is definitely more urban fantasy than romance, the focus on a brewing war for control of Boston, with the romance firmly on the side.

The prologue of the book set an exciting tone as an 8 year old Benjamin, the last in a long line of Hunters, has a fateful meeting with Tzadkiel, the captured ancient vampire War King, that will set the tone for both their futures and continue the ages-long war between their families. The book then moves twenty years into the future with a blind, lonely, near alcoholic Benjamin about to cross paths once again with the vampire that vows to destroy him as he destroyed the rest of Benjamin’s family.

Unfortunately the book didn’t keep up the pace after that initial set up and I had a bit of a tough time getting into it. The writing was very descriptive and slowed the story at times. The world building is interesting, but there is a lot to cover as there is a big mix of characters, including Benjamin’s best friends Nyx, a powerful witch, and Akito, a human who wishes he was more. Their backstory is only touched upon, but they have forged a powerful bond that includes protecting Nyx from her fae mother and witch father. Throw in an army of zombie-like creatures and some Greek gods and you have the set up for a supernatural war that can end up in the destruction of Boston. There is a lot going on in this story, which will be continued in future books, and a lot of history to be told. I found that although each character’s backstory was touched on, few of them were able to yet be fleshed out, with information dropped as necessary.

The bond between Tzadkiel and Benjamin built very slowly as they are forced to work together and Benjamin, in particular, is forced to reevaluate much of what he thought he knew of vampires and of his own family line. The two spend a lot of time together and I could sense the lust, but didn’t feel much romantic connection between them until the very end of the story. The last few chapters really ratcheted up the action and the bond between Benjamin and Tzadkiel exploded off the page in these moments.

As the first in a series, this installment fell heavily on set up when the blurb had me expecting more of a paranormal romance than an urban fantasy (something I’ve read plenty of in the past and am not averse to, but generally need a different mindset for going into it). For my personal taste, I would have preferred more of a balance of the world building with the action and the love story. There is still much we do not know about many of the characters and there is still a ways to go as the battle between good and evil will continue. By the end I did adore Benjamin and Tzadkiel as a couple and a force to be reckoned with. I’m hoping that with much of the lore presented in this book, the next installment will focus a bit more on the new relationship between Tzadkiel and Benjamin as they forge ahead with their allies into war.

If you are a fan of descriptive urban fantasy with a wide variety of paranormal and magical elements and don’t mind having the romance take a back burner I think this will work very well for you.