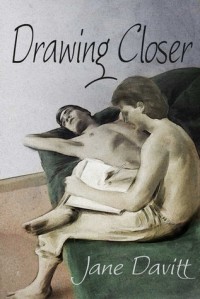 This was a likable story about Charles, a British college professor now living in America and artist Gray, who meet when Gray takes a night school course Charles is teaching. While the two are attracted to each other, Gray takes the initiative and is persistent, while Charles tries to push him away claiming their 10 year age difference, former student-teacher relationship and that Charles will be no good for Gray. Charles finally relents and as they start seeing each other Charles realizes Gray has submissive tendencies that he wants to explore. While Charles has played both Sub and Dom in the past, he has reasons to be unwilling to push with Gray. In the meantime, Gray's best friend Carl has some misgivings about this new relationship, especially when he discovers the manner in which Gray and Charles play.