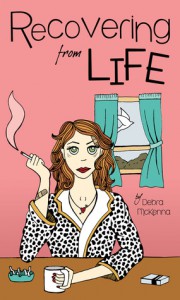 This book is so beautifully written, I felt like I was actually there with the main characters watching the story play out. Salvage unfolds at such a natural pace, nothing felt rushed or out of place. More than just a romance it is a story about family, acceptance and friendship.

When Gabe returns home after 5 years to help with the family salvage business and care for his father, who is recovering from a heart attack, every relationship has seems strained. He worries about his best friend/roommate/ex-lover Jamie, who he left behind in San Diego. His relationship with his father has been tenuous and defined by a lack of communication since he left for college, shortly after an accident that severely injured his sister. An accident Gabe blames on himself.

One stormy day Gabe meets their new neighbor, Scott Stark, who also has an unpleasant family history, and has suddenly become guardian of his sister's two young children, one of which has autism. To say Scott is in over his head is an understatement as he has cannot find his niece and his nephew appears to be in the midst of a meltdown. Soon the families begin to bond, and their back stories are slowly revealed. Gabe returned to MN planning to go back home to San Diego as soon as his father felt better, but he is soon faced with the fact that he will not be leaving as soon as he thought. Scott is also living there on what he believes to be a limited stay, but that is another situation that is up in the air.

There is a slow build to the romantic relationship between Gabe and Scott, while the two men focus on their families. There are so many issues to be dealt with and they all flowed together so easily. I never felt distracted by one storyline over another and each played out very naturally and the ending fit the tone of the rest of the story.