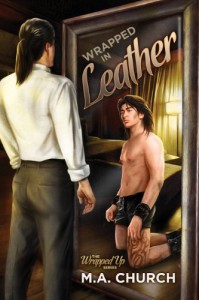 3.75 stars
This was an enjoyable read with characters and a relationship that felt real. Toshi and Jace meet by chance due to a reservation mix-up at a restaurant. Toshi invites Jace to dine with him and the two men hit it off quite well. Both men have been hurt, most recently Toshi who just caught his boyfriend cheating on him. Toshi soon realizes that Jace can offer him the dominance in the bedroom that was missing from his past relationship.

The two men are nurturing both their friendship and their D/s relationship when Toshi is soon receiving threats at his home and Jace steps in to help out. I enjoyed both characters, especially Toshi. While submissive in the bedroom, Toshi is strong and smart and even a bit bratty at times. I enjoyed watching Toshi's submissive side come out with the more experienced Jace guiding him.

The outside drama added just enough tension to the book without taking over the story and although it is resolved, it is left open just enough that it can be revisited in future books in the series. The writing flowed nicely and the D/s relationship worked well. This was my first M.A. Church book and I will look forward to more.
Tweet